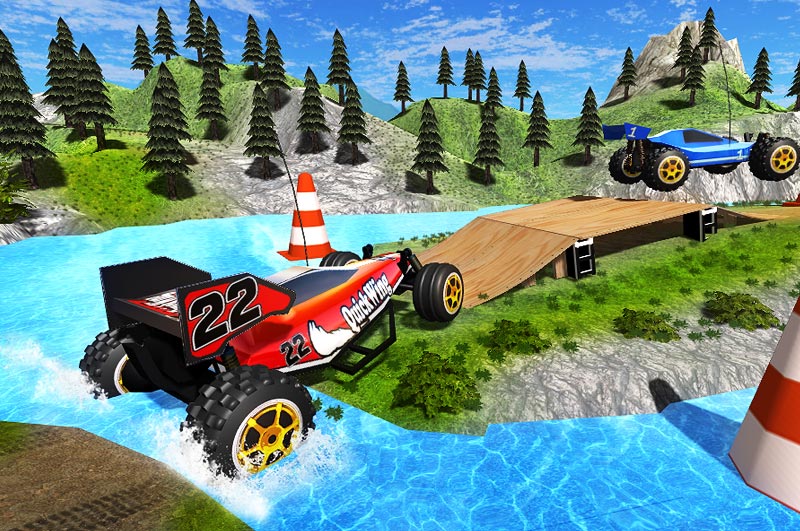 Android as an operating system is undergoing constant developments. The platform is popular amongst users for its extensive range of applications. But its featured games cannot miss the ace mark. From racing to action, Android is taking the gaming realm to new highs by including new games every now and then. The rapid development of the platform has given android smartphones the much-deserved accolades.

There are a plethora of games available on the platform today. Game enthusiasts have gone gaga over its ability to feature games that are a far fry from standard non-android smartphone games. Google’s playstore is a huge marketplace for such games that can be downloaded and played in a jiffy. From high-end graphics to exciting features, games on android smartphones are like an embellishment of an already-developed gaming droid.

Among the huge collection of games available on android, the stunt-based driving games are perhaps the most popular amongst smartphone gamers. Toy Truck Rally driver is one of such games that is garnering high ratings and positive reviews from users. This game is actually really simple: it lets you drive tiny cars and trucks. But it is certainly very different from conventional truck and car racing or driving games.

The ultimate goal of the player is to cross different levels, overcome obstacles, perform stunts and win the rally championship. If you are amongst those who love to navigate the country roads while driving a toy car, this game is simply apt for your interest. You can drive your car along the country road, pass check points, and reach the finish line. Sounds quite simple, but this game is packed with obstacles like cones, boxes, and fences. and of course, amazing graphics.

By now you have already got an idea about Toy Truck Rally Driver. The game involves the gamers to race a remote-controlled car or truck along various racing tracks. In the process, they have to overcome several obstacles ans unlock different levels. Besides the obvious obstacles, you might also have to race through thin roads that require precise maneuvers. The game takes you through different regions and locations, giving you an amazing time while playing it. The key features of the game include the following:

There are several modes you can choose from– challenge mode, which has different levels, and free mode. Toy Truck Rally Driver 3D is yet another version of the game that makes it even more exciting and fun-filled for people.

The best feature of this particular game is its multiple control options. There are three mechanism by which you can control you tiny toy car: keyboard, touch screen, screen movement. Those of you who are used to playing games on PC can use the keyboard as a controlling device. You can even change the keys to control the car. The touch screen displays the control keys on the screen. You simply have to press the corresponding buttons to turn and maneuver the car. However, the third mechanism, which involves screen movement, is best suited for mobile devices. The accelerometer sensors in mobile devices helps you to simply move your phone to control the car’s movements.

You even enjoy the privilege to choose the landscape of the game. You can either choose a rugged terrain or a snowy road to race and reach the finish line. The realistic graphics of the game guarantees a life-like gaming experience.

So what you waiting for? Download the game on your android device and enjoying racing your tiny toy truck!