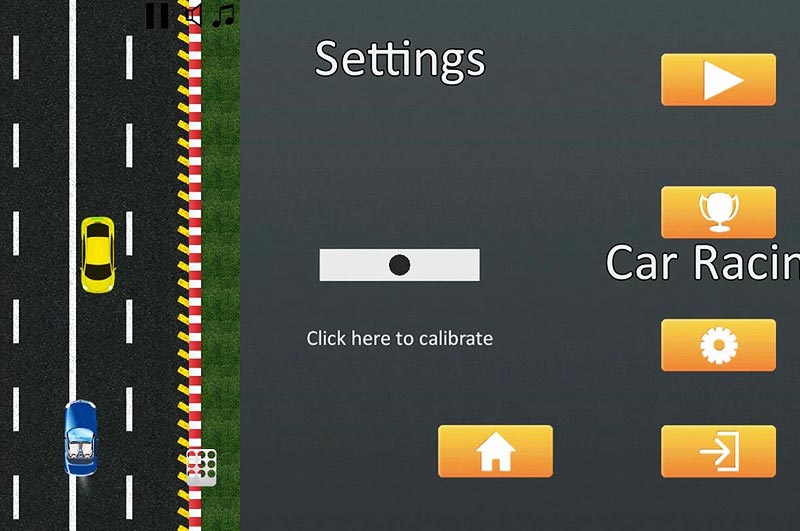 Car Racing is a mobile android game developed by LabException of GameDivision. The company is based in Croatia and has other exciting games as well such as Monster Truck Driver 3D, and Car Traffic Race, and Climb the Hill. Requiring android version 2.3 and up, the game is intended for both adults and children can get hooked on to the game in no time!

The game features cars that dodge traffic on a four lane road.  As you go on, you earn points for dodging the traffic in the form of stars.  The numbers of stars or points increase, as you race ahead. Besides, as you go, the speed automatically increases and so does the traffic. You can just hop onto the car of your choice and get going in this unlimited fun game!

When you earn cash or points, you can get to buy faster cars or upgrade your car. As you race ahead of each car, you earn extra points.

The game features advanced two dimensional graphics with interesting background music to keep you company.   The physics featured in the game are very real. The game lets you test your driving and racing skills as you learn how to drive without crashing into traffic at lightening speeds!

Realistic physics and unending race that push both the car and the driver to the limits, can offer unlimited hours of fun and thrill!

The boost from the nitro !

The amazing feature of this car racing game is the nitro boost.  The race car can be accelerated by pressing the pedal icon and then, you can zoom ahead of other cars. The other traffic in the game feature realistic, modern fast cars. The nitro does not get depleted in any way. It can be infinitely used as you endlessly race ahead through the thrilling course. The nitro boost can also boost up your adrenaline with the extra dose of speed. Besides, the increased speed makes it even more challenging to dodge the traffic.

As you race ahead, another obstacle in your path is the increased density of traffic. There are more and more cars to dodge, requiring all your driving skills!

The controls are easy and there are no physical touch buttons.  The control is directly by tilting the phone left or right for steering. The car racing game has earned seven plus on ratings and reviews! The ease of play makes it a favorite among both adults and children. There are no complicated manoeuvres or levels.  Speed is the best feature of the game.

You can view your high scores in the game by selecting the trophy icon. When the car crashes into traffic, you lose and the game is over. You have to begin all over again to start to earn points.

The car racing game is an arcade top view game. What this means is that you can view all four lanes and you can decide which lane to take. You will be facing both oncoming traffic and the traffic moving along with you. As you drive cars, you would have to skilfully manage your speed and swerve, besides avoiding collisions to get the best results! And while doing this, you also have to collect as many stars or points as you can. Cars can suddenly or unexpectedly come out of nowhere and the driver has to be on high alert to tackle these. There is no way of knowing in which direction the cars would come from !

With the car racing game, one learns to live life in the fast lane!